🎉 HI! We're Strut Health! We’re a modern healthcare company that provides personalized care from the comfort of your home (or phone). Our Story

Where Is The Clitoris: The Anatomy of Female Pleasure

Want to know where the clitoris is? You’re in the right place, we’ve made a vulva field guide for you. This is everything you need to know about the clitoris - the most vital part of female pleasure. This article is part of our Female Pleasure series.

Vulva: The term vulva describes the outer area of the vagina (often confused with the term vagina). The vulva includes the labia (also known as vaginal lips), urethra opening, clitoral hood, and clitoris. The vulva encompasses everything you see when you look at a woman’s external genital area. ‍

‍Vagina: The internal part of the female reproductive system. From the external vulva, there is a vaginal opening leading to a canal-like structure. Labia: Also known as the vaginal lips, the labia are the two folds of skin that encompass the vulva. The labia majora are the outer lips, and the labia minora are the inner lips.

What is the clitoris?

The clitoris is a small but very sensitive sexual gland found toward the top of the female vulva. It’s the pleasure powerhouse of the vulva. Interestingly, the clitoris doesn’t play any reproductive role. It’s only function is pleasure.

The clitoris is the only organ in the body that is solely devoted to making us feel good. The clitoris is a feel-good area that responds to direct or indirect stimulation. These heightened sensitivity, feel-good areas are called erogenous zones. These areas can stimulate a physiological sexual response known as arousal.

The clitoris has 8,000 nerve endings! That’s double the nerve endings in a penis. This specific part of the vulva is very sensitive. This is why most women find clitoral orgasms (as opposed to penetrative orgasms) to be the most consistent and common to achieve.

Where is the clitoris?

I’m glad you asked, because the truth is, lots of people have a hard time finding the clitoris. The clitoris is a surprisingly complex organ and we weren’t taught this in health class, my friends.

The clitoris is small and the gland itself sits beneath a small fold of skin called the clitoral hood. This hood is the intersection between both sides of the labia, and it surrounds the clitoris like a hood (it’s similar to the idea of a penis foreskin).

To offer some clitoral direction, the clitoris is due North while the vaginal opening is due South. Read it here from the team at School of Squirt.

But depending on the arousal of the woman, there might be little to suggest you’ve found it. This is where the complexity comes in.

There are actually two parts of the clitoris: the clitoris glans (bingo baby), and the clitoral body (nearly there).

When trying to find the clitoris, the clitoral glans is actually what you are looking for. But this small part of the clitoris is often retracted into the clitoral body unless aroused and ‘erect’. Yes, erect. Ladies have boners too.

The clitoris is just the tip of the iceberg.

The clitoris crura, AKA the legs of the clitoris, span the length of the vulva. The clitoris crura is an internal wishbone-like structure that is made of erectile tissue. This swells with blood when a woman is aroused and can cause a woman to produce vaginal lubrication.

This blood flow causes the clitoral glans (the smallest and most sensitive part) to become slightly protruded from the clitoral hood. While the clitoris is technically part of the external vulva, the clitoris glans (what you are looking for when you’re stimulating a woman), is actually internal. She just needs to work up to her arousal state for this pea-sized powerhouse to be more accessible and more sensitive.Is your mind blown yet?

While the pea-sized comparison is common, some women have clitoral glans that are bigger and smaller than that. Some have a clitoris closer to the size of a pinto bean, and others the size of a lentil. It’s really not important to know the size of a clitoris because it’s mostly internal and will behave the same way no matter the size.

It’s important to note the size of a clitoris does not determine the amount of pleasure one can enjoy. Women with bigger clitoral glans aren’t being rocket launched into orbit when stimulated because they were blessed with 16,000 clitoral nerve endings instead of an average 8,000. They have the same average amount of clitoral nerve endings, no matter the size.

Clitoral stimulation is necessary for most women to reach orgasm

Only 18% of women can reach climax with penetration alone. The other 82% require clitoral stimulation to reach orgasm. This is not surprising given the clitoris is the pleasure point for a woman. But often, it’s bypassed in lieu of penetrative sex or it’s misunderstood and famously eluding (hopefully this article helped with that part ).

About 10% to 15% of women have never had an orgasm, with or without a partner. Clitoral stimulation to the rescue? Yeah, maybe! Despite the sensitivity of the clitoris, it still might be hard to reach an orgasm. For some women, female enhancement creams may help them reach climax.

These types of products work to increase the blood flow to the clitoral localized area.To use female enhancement creams (also lovingly referred to as scream creams) apply the cream to the clitoris or vulva 30 minutes before sex. The user is likely to become more aroused, even more sensitive, naturally lubricated, and ready to reach climax with or without a partner.

If you’d like to see if our specially formulated Strut O Cream can help enhance your sexual pleasure, schedule a Free Online Consultation with our doctors today.

If Strut O Cream is a good fit for you, your prescription cream can be shipped quickly and discreetly to your front door. 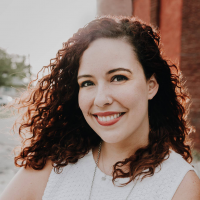 What Is Stendra (Avanafil)? How Does This ED Medication Differ From Sildenafil or Tadalafil?

Low Vitamin D Levels and ED: Is There a Connection Here?

Which Doctors Normally Treat Erectile Dysfunction? Where To Look for ED Treatment

Cialis (Tadalafil) vs Viagra (Sildenafil): 7 Things That Make Them Different

What Are the Best Foods for ED? 9 Foods That May Benefit Men With ED